On July 24, 1939 the doors opened, and fans flocked to, Seattle’s newest entertainment hot spot – a beautiful art-deco gem named The Show Box. 2014 marked the club's 75th anniversary, one of Seattle’s few extant entertainment venues that can lay claim to having provided local music fans with such an astonishing breadth of entertainment over the decades. From the Jazz Age to the Grunge Era to the current wave of Seattle exports – neo-folk and hip hop – the storied ballroom has featured shows by touring icons such as Duke Ellington, Muddy Waters and the Ramones — as well as those by homegrown talents ranging from burlesque queen Gypsy Rose Lee, to grunge gods Pearl Jam, to the current dynamic duo on a course for world domination Macklemore & Ryan Lewis. More recent shows have included the likes of Prince, Foo Fighters, and The Roots - to name a few. 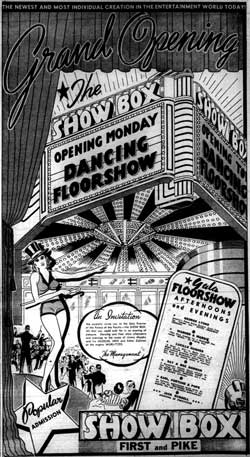 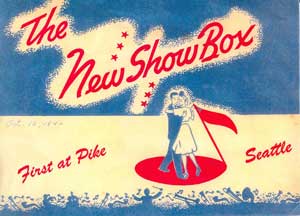