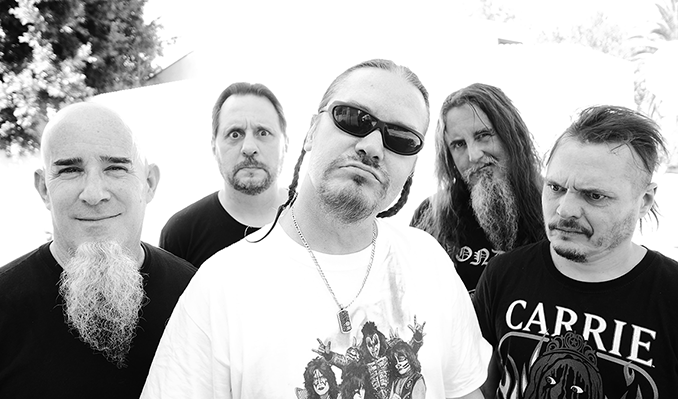 Not unlike most ‘80s thrash metal bands, Mr. Bungle was formed in an impoverished lumber & fishing town by a trio of curious, volatile teenagers.  Trey Spruance, Mike Patton & Trevor Dunn beget the amorphous “band”  in 1985 up in Humboldt County, CA, sifting through a variety of members until around 1989 when they settled on a lineup that managed to get signed to Warner Bros. Records.  No one really knows how this happened and it remains a complete mystery that even the algorithms of the internet can’t decode.  Up until 2000 they released three albums, toured a good portion of the Western hemisphere and avoided any sort of critical acclaim.  Some argue that the band subsequently broke up but there is also no proof of this.  What is true is that they took 20 years off from performing under said moniker while they pursued various other musics that, in contrast, paid the rent.

Though Bungle regularly amended and modified their orchestrations — incorporating such exotic instruments as the saxophone, synthesizer, or even timpani (!!!) — they maintained footing in the mosh pit of their youth and continued to reference metal in one way or another.  Even in their last tours of the millennium they played songs from their very first demo, the self-produced, amateurish gem The Raging Wrath of The Easter Bunny (1986).

The pull of returning to full-on metal was too strong to avoid and the idea arose to re-record that primal demo giving the music the much needed presentation and precision it deserved.  Spruance, Patton & Dunn decided to go to the source, The Big Four of course, and hand-pick the two guys who could help them realize this body of work with the utmost brutality.  Without hesitation, Scott Ian and Dave Lombardo (you may know their names from Anthrax & Slayer, respectively) were invited to get of off their poolside recliners and start speed-picking and double-bassing with these small town fan boys.  They accepted and dove full force into the music like a skate punk dives into a wall of slam dancers.  In 2020 the recording of The Raging Wrath of The Easter Bunny Demo was completed in about 10 days following a series of pre-Covid, sold out shows.

Because this was a musical homecoming of 35 years, the relearning and re-recording felt brand new and was able to be enjoyed objectively, not to mention reinvigorated by the likes of the masters Ian and Lombardo.  Mr. Bungle maintained the rawness and severity of the original demo without too much embellishment preferring to let the music speak for itself in all of its teenage-angst glory.  In addition to what was on the original cassette-only release, three original songs from the same era were realized for the first time.  With this new album, the first for the band in 20 years, Mr. Bungle has self-appointed themselves as the final puzzle piece in the pentagonal Big Five.