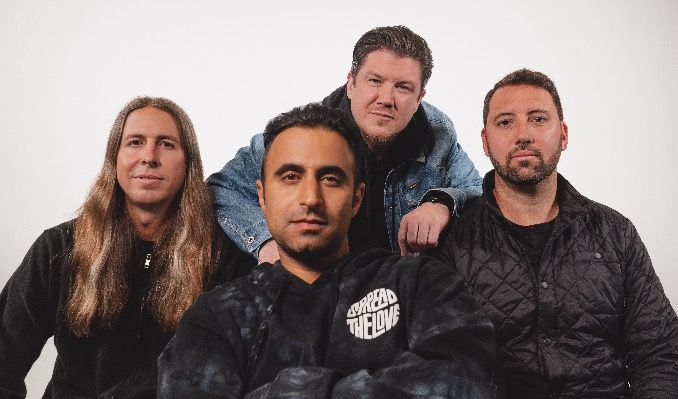 Founded in Isla Vista, CA, Rebelution has followed their instincts since the release of their breakout 2007 debut, Courage To Grow. In 2009, the band topped the Billboard Reggae Chart for the first of what would be five consecutive #1 records; and in 2017, they garnered a GRAMMY nomination for Best Reggae Album. Rebelution’s transcendent live performances, meanwhile, have earned the group sell-out headline shows everywhere from Red Rocks to The Greek Theatre, along with festival slots at Bonnaroo, Lollapalooza, ACL, Glastonbury, and more. Their latest album, In The Moment, is deliberate and wide-ranging, infusing the quartet’s soulful, exhilarating brand of modern reggae with addictive pop hooks, alt-rock grit, and hip-hop grooves. The performances here are bold and self-assured, and the production is equally ambitious, drawing on swirling reverb and trippy delay to create an immersive sonic universe that’s both futuristic and vintage.

Official WebsiteMySpaceAmazonTwitterYouTubeFacebook
*Service and handling fees are added to the price of each ticket.