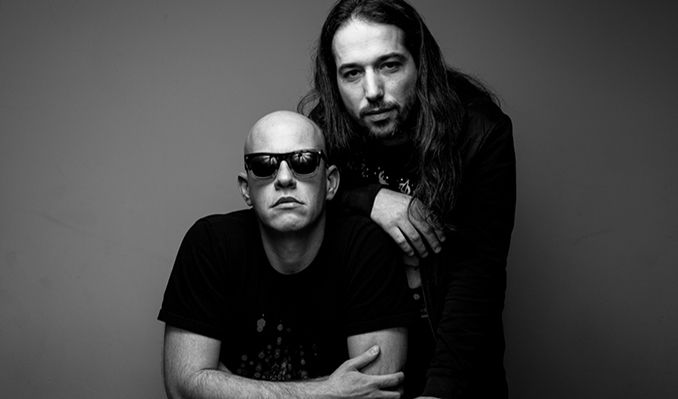 Electronic dance music legends Infected Mushroom are best known for their sonic innovations and pioneering of the Psychedelic Trance genre. Twice ranked amongst the world’s "10 Best DJ’s" by DJ Magazine (the bible of the EDM scene), and with over 14 million hits on YouTube and a #8 position on the Billboard charts, the Israel-bred, L.A. based duo Amit “Duvdev” Duvdevani and Erez Eisen have created one of the most powerful kingdoms in the world of dance music.

Following the success of Infected’s 2009 album "The Legend of the Black Shawarma", Erez and Duvdev delivered their most multi-faceted electronic album to date with "Army of Mushrooms” in 2012 on Dim Mak Records. In early 2017, the band will be releasing their latest full feature album”Return to the Sauce”. In conjunction with the album release, they will be embarking on a world tour with a BRAND NEW stage production featuring NEW live visuals, and psychedelic LED mushrooms.

MySpaceFacebookTwitterOfficial WebsiteYouTubeAmazon
*Service and handling fees are added to the price of each ticket.