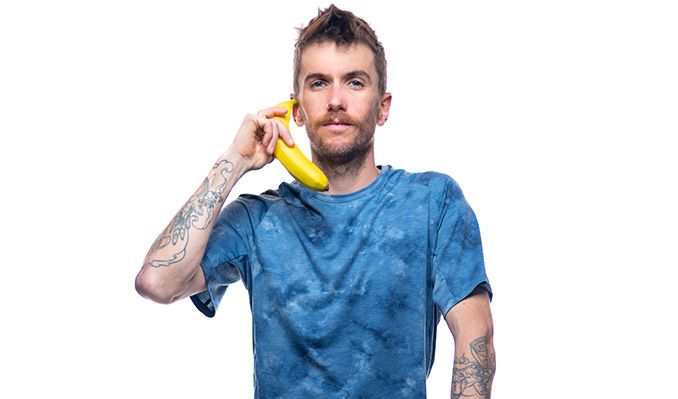 Dirt Monkey, the alias of Patrick Megeath, has solidified his reputation as a dubstep icon, trailblazing his own production style and creating a listening experience that fans can’t get enough of. Producing since the age of 15, it’s more than fair to say that Dirt Monkey is a master of his craft. Hecontinuously pushes his own limits with each project, embodying the identity of a forward-thinking artist in every sense. Cutting-edge sound design is the name of his game, a reflection of his creative mind that’s constantly in flux. His music spans across genres from dubstep to drum and bass and beyond; it’s no surprise that Dirt Monkey continues to explore the seemingly limitless boundaries of his sound.
A resident of Colorado, Dirt Monkey has carved his uplifting, bouncy, and unique sounds into both the Denver dubstep community and the national touring scene. Since unleashing his first full-length record in 2012, Dirt Monkey has continued to enrich the bass music community with countless

singles, collaborations, remixes, and albums throughout the past decade.
Listeners can find Dirt Monkey’s tunes on dubstep’s most notable labels, including Deadbeats, Wakaan, Disciple Round Table, Circus Records, and more. When he’s not churning out one-of-a-kind bass anthems, Dirt
Monkey has a knack for producing phenomenal remixes for his peers, including Rusko, Doctor P, GRiZ, Delta Heavy, Boogie T, and many more. In Dirt Monkey’s world, the music is what matters most — and it shows.
Traveling all around the world to bring the bass to his devoted community, Dirt Monkey is a fan-favorite at festivals such as Lost Lands, Bass Canyon, and HARD Summer. He’s performed at historic venues all over the globe on his Primatology 2020 World Tour and for a handful of performances alongside his friends in Australia, New Zealand, Canada, and more.

Adding label owner to his repertoire in 2019, Dirt Monkey founded his own imprint with the goal of representing a culture rather than simply a new label. 19K is built by talented artists with the common goal of celebrating true artistry — with a forward-thinking ethos, 19K was created to
cultivate the next generation of experimental electronic music by showcasing the talents of artists both revered and obscure. Since its launch, 19K has released over 30 singles, EPs, and albums from all walks of bass music and remains a notable figure in the scene.
Read More

Official WebsiteTwitterFacebookMore Info
*Service and handling fees are added to the price of each ticket.