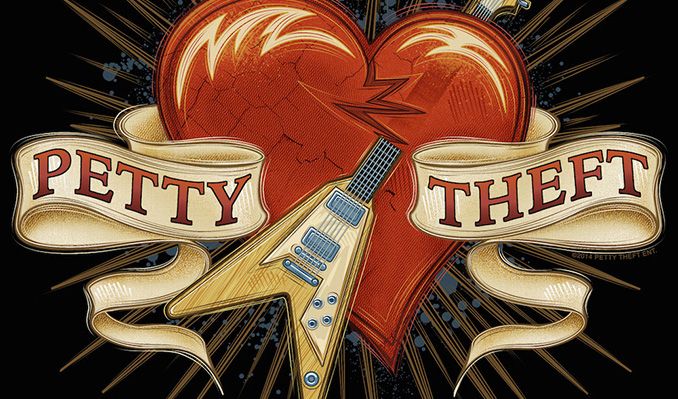 Adam “bagel” Berkowitz - Drums: Bagel’s musical career is a varied one. He has produced, engineered, mixed and drummed on over 30 albums, one charting at # 39 on the Americana Charts and another recently up to #16 on the CMJ Hip Hop Charts. Bagel was one of 25 “Up and Coming” unsigned drummers across America to receive an endorsement deal with Paiste Cymbals and has toured throughout the Continental U.S. and abroad. A few of the many artists Bagel has or is currently performing with include: Jerry Hannan, Noelle Hampton, Larkin Gayle, The Mother Truckers and The 85’s. Besides his infectious groove, Adam is a performer you can’t help but watch as he works that kit!

Dan Durkin - Lead vocals, Guitar & Harmonica: Also a founding member of Petty Theft, Dan is a consummate lead singer and front-man who makes everyone feel like they were invited to the party and whose powerful vocals carry the room wherever they go. Dan also founded Marin County bands Frontline and East of Eden. His band East of Eden shared the stage with Michael McDonald, Chris Isaak, Bruce Hornsby and even drummer Pete Best of The Beatles. His left-handed/upside-down guitar playing fascinates audiences and has other guitarists scratching their heads wondering how the heck he does that.

Django Bayless - Bass & Vocals: Besides being a founding member of Petty Theft, Django has performed in many Marin County club bands most notably Sapphire, Triad, and Gahundza in the late 80's and early 90's. Django also performs with The 85’s (80’s tribute band). Django solidifies the rhythm section with his steady bass playing and anchors the vocals with his pristine high harmonies.

John Robin Varn – Keyboards: John started playing keyboards professionally in the Bay Area music scene at age 19, working with various local artists until joining The Neal Schon Band for its debut U.S. tour and follow up recording which lead to a full time touring position with the piano based pop group Thriving Ivory and a spot on the VH1 “Best Cruise Ever ”. Since then J.R.V. has continued to tour and record with a wide spectrum of artists from local favorites The Mother Truckers to the late 60s jazz pop group Orpheus.

Michael Papenburg - Guitar: Michael is a Bay Area native and sought after session player who has been performing in Bay Area bands since the early eighties. The list of artists he has worked with includes Matt Nathanson, Lilyvolt, Brittany Shane, The GoldDiggers, The Welcome Matt, Hey! Brontosaurus, Cameron Ember, Sebastian, The Mad Cattle Ensemble, Orange, and Missile Harmony. He loves playing slide guitar and has been a fan of Tom Petty since he bought "Breakdown" on 45 when it was first released.

Monroe Grisman - Lead Guitar, Vocals: An accomplished veteran of the Bay Area music scene Monroe has performed with numerous local bands that have toured both domestically and abroad. Currently Monroe works as a Producer and session musician on local and international recording projects and is a member of one of the Bay Area’s most promising original rock bands American Drag. He also performs with The 85’s (80’s tribute band). Monroe brings an aggressive edge to PT with his electrifying solos and stage presence.

YouTubeOfficial WebsiteTwitterMore InfoFacebook
*Service and handling fees are added to the price of each ticket.