with Benny the Butcher, Bia, Bugus 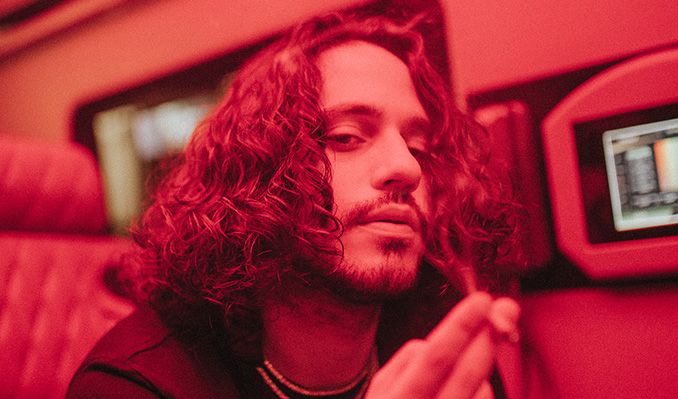 “I’ve been at this shit nine years and now they start to call,” Russ sings on his breakout single, “What They Want.” Don’t confuse this as idle boasting from the eclectic Atlanta phenom; it’s a reminder that his rapid ascent was anything but accidental.

As the truism goes, there are 10 years of hard work behind every overnight success. In an industry filled with plants and manufactured hype, Russ did it all himself. No deep-pocketed managers funded his ascent. No co-signs propelled his rise.

Since 14, the Atlanta native has dedicated himself to music with a passion you usually only see in Tour De France champions and fictional whaling captains. His music boasts the diverse tastes of someone who grew up everywhere: New York, New Jersey, North Carolina, Kentucky and Ohio, and eventually Georgia.

You can detect those regional influences in his hooks of the artists he grew up with—a rich gumbo that resembles 50 Cent passing blunts with Jim Morison; The Allman Brothers jamming with Drake; The Beatles with George Martin swapped for Outkast; the middle ground between 2Pac and Dipak (Chopra).

Early in his teenaged years, his family eventually settled 20 miles outside of Atlanta. Around that same time, he began making beats. Towards the end of high school, he picked up a mic, and taught himself how to play the piano, guitar, and drums. After dropping out of Kennesaw State as a freshman, Russ formed his DIEMON Crew. They shot their own videos, made their own merchandise, and mostly recorded in isolation. At the age of 23, he’s emerged as a DIY pioneer.

When most of his peers mimic the most popular disposable art, Russ has created an uncategorizable style—one almost as brilliantly alien as history’s finest ATLiens.  No exact analogues exist. Russ doesn’t slip back and forth from hyper-melodic inspirational guitar anthems to raw East Coast hip-hop—they’re all effortlessly combined in the same song. There are hints of hammock-rocking reggae, whiskey-soaked Southern rock, and soul-scarred R&B. No gimmicks, just eclectic fusion at its most advanced.

Russ made all the beats. He wrote all the raps and the hooks. He engineered and mixed and sang the songs, played the guitar, programmed the drums, and delved deep into his soul to figure out who he is and what he wants out of life. Then he wrote manifestos like “Do It Myself” to outline the road map for others to follow.

If the true mark of a rebel is to resist accepted falsehoods, speak up for what they believe, and go against the grain, Russ owns that description. Take his current hit, “What They Want.” Sure, the beat is hard and there are bars about girls and his rise to success, but it goes much deeper. He’s the one pulling the strings and pointing out the puppets. He’s savvy and attuned to the demands of the music industry.

This is a business and he’s aware that a sought-after commodity but refuses to fall into the clichéd pitfalls. Russ waited to sign to a major label until he had the leverage to fulfill his vision. No one can ever be the boss of him. He’s desirous of money but wary of it—nothing can compromise his integrity.

Consider “Pull the Trigger,” a song that questions accepted wisdom, rejecting fear, inspiring those on the fence to jump over it and get what they believe they deserve. The drums slap, the piano lines are menacing, the hooks as sticky as Southern humidity. Or “Losin Control,” a forlorn rap ballad as elegantly constructed and artfully sung as anything to ever come out on OVO.

This is heartfelt, truthful music for self-empowerment. Real soul. It’s hard but melodic, sophisticated but with a direct emotional message. There is a quote from the Alchemist, “and, when you want something, all the universe conspires in helping you to achieve it.” Russ internalized that message, actualized it, and now, this story’s really about to begin.

FacebookOfficial WebsiteTwitter
*Service and handling fees are added to the price of each ticket.