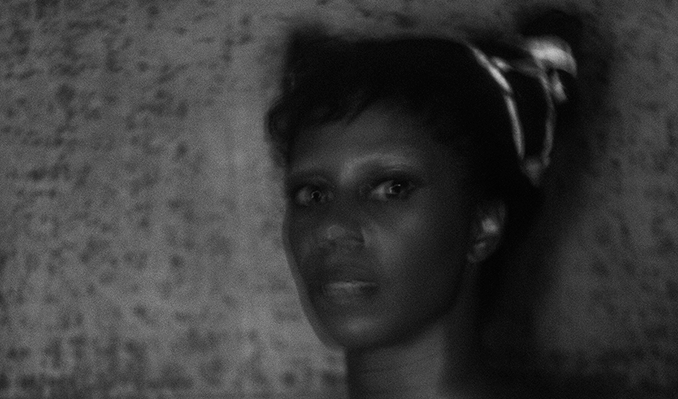 Santigold is a genre-defying musician, style renegade, and visionary artist across multiple platforms celebrated for her fearless ability to fuse unexpected elements into bold new work. An artist whose perseverance relies on invention, her singular aesthetic has made her a major muse watched by the inspired world.

In the four years since Santigold’s incendiary I Don’t Want: The Gold Fire Sessions mixtape which was acclaimed for its adventurous experimentation with Afro-Caribbean rhythms, she provided backing vocals for several songs on Tyler, the Creator’s, Igor, as well as collaborating on his Grinch-Inspired Christmas song, “Lights On”. She has also released tracks with DJ Mehdi and Busy P, and the groundbreaking and foundational reggae pioneer, U-Roy, on a cover of the classic “Man Next Door” from what became his final album.

Santigold’s albums are entire worlds meticulously built, brick by brick, by a master architect who incisively speaks to the present while shaping the future. Her fourth album Spirituals captures the feeling of surviving in the modern world while elevating yourself to new places. “This record is about the multidimensionality of being—transformation, transcendence, and evolution,” she says. “In struggle, we see parts of ourselves that we don’t necessarily see in other times. For those of us who were willing to take a look, there was a lot of opportunity in the past couple of years to really evolve, and this record was about me showing up to do that.”

Spirituals is Santigold’s first full-length album since 2016’s 99¢, and was mostly recorded during the 2020 lockdown. “All of a sudden there I was with three small children out of school—just-turned-two-year-old twins and a six-year-old—I was cooking, cleaning, doing laundry and changing diapers from morning to night, with three little kids coming in and out of my bed throughout each night like musical chairs. I was losing touch with the artist me, stuck in a part of myself that was too small. I felt the other parts of me were shrinking, disappearing.”

Santigold struggled but succeeded in defining a space in which she could center herself and collaborate virtually with producers and contributors: Rostam, Boys Noize, Dre Skull, P2J, Nick Zinner, SBTRKT, JakeOne, Illangelo, Doc McKinney, Psymun, Ricky Blaze, Lido, Ray Brady, and Ryan Olson. “Recording this album was a way back to myself after being stuck in survival mode. It wasn’t until I made the space to create that I realized I wasn’t only creating music but a lifeline,” she says. California was on fire, we were hiding from a plague, the social justice protests were unfolding. “I’d never written lyrics faster in my life. After having total writer’s block, they started pouring out.” “I decided to create the future, to look towards where we are going, to create beauty and pull towards that beauty. I need that for myself, but it’s also there for whoever else needs it.”

“I loved the idea of calling it Spirituals because it touched on the idea of Negro spirituals, which were songs that served the purpose of getting Black people through the un-get-throughable,” she continues. “In the absence of physical freedom, spirituals have traditionally been music whose sound and physical performance allow its participants to feel transcendental freedom in the moment. That’s what this record did for me.”

Renowned for her iconography, Santigold has collaborated with visual artists including Kehinde Wiley, Wangechi Mutu, Kara Walker, and Sanford Biggers. She has also done various brand collaborations for shoe, accessory, and cosmetics lines, as well as had comedic roles on The Office, and Adult Swim’s NTSF:SD:SUV.

Since her last full-length release, Santigold has also engaged new ways to express and release her ideas, allowing her greater range to be even truer to her creative intentions on her own terms. She created Spirituals as a multisensory experience that includes not only the music and video vignettes, but new ways of sharing her visual art, a forthcoming natural skincare line, and a tea; the products bearing the same brand name, Spirituals. She will also be releasing a new podcast in which she interviews other artists and visionaries around some of the same themes explored in her music. Santigold has other literary, film and product lines in the works as well.“I want to continue branching out into all forms of art,” she says. “And I’m really excited to let my music take me to new places.”

While taking yourself to new places is core to her outlook at this point in her impressive career, she has always been an artist who has charted new paths in the world of pop music and beyond, breaking down barriers of genre along the way, further cementing her as an essential artist when surveying the last two decades of popular culture at large.

Official WebsiteFacebookMySpaceAmazon
*Service and handling fees are added to the price of each ticket.