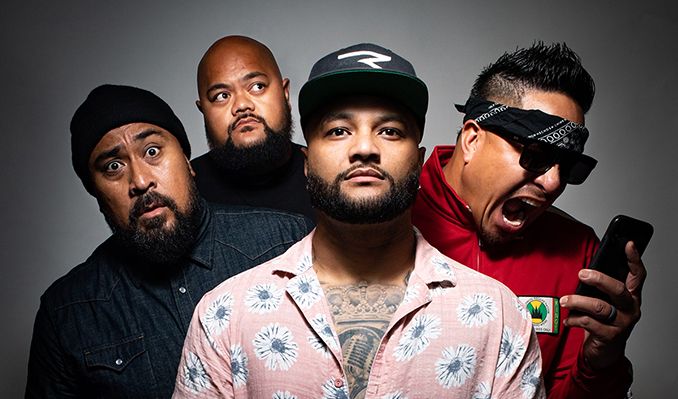 In a saturated musical landscape, Common Kings has carved their own path. The Orange County by way of South Pacific four-piece was nominated for a GRAMMY for their debut album (Lost In Paradise) in 2016 and has been on an upward trajectory ever since. Common Kings followed up with their 2018 EP One Day (Mensch House Records) featuring Stephen Marley, ¡Mayday! and Kat Dahlia, and ended the year supporting Bruno Mars on his sold out Hawaii shows. Since wrapping their tour with Sublime, Common Kings are set to embark on the Croptober Tour with Landon McNamara, Eli-Mac, Big Body Cisco, & Westafa across the West Coast beginning this October in Los Angeles. Fans can expect new music very soon.

With a GRAMMY nomination under their belt, the achievement of reaching 500,000 single downloads, along with their remarkable touring accomplishments (providing direct support for major acts such as opening two sold out shows for Bruno Mars at Aloha Stadium in November, Justin Timberlake’s 20/20 World Experience Tour, Meghan Trainor’s Untouchable Tour and Matisyahu’s 2017 Fall Tour), Common Kings show no signs of slowing down.

“California’s Common Kings are a glorious amalgam of all things good in the world.” - Musical Notes Global

Official WebsiteTwitterFacebook
*Service and handling fees are added to the price of each ticket.