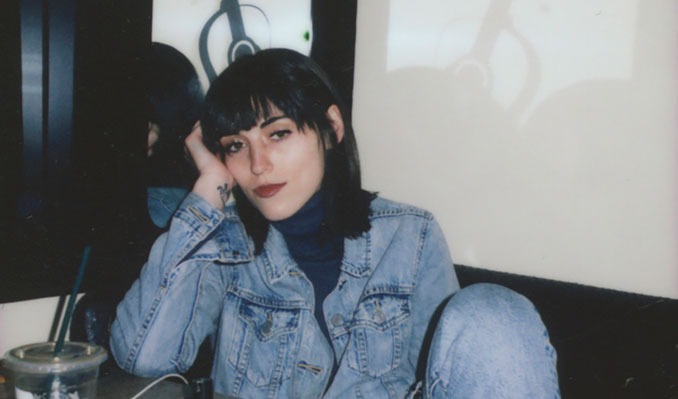 Sasha Sloan is that girl you can chat about “deep cuts” with in a diner until four AM between cigarettes and coffee. Sasha Sloan is a normal, yet “completely complicated human.”  Sasha Sloan is from South Boston, but lives in Los Angeles. Sasha Sloan melted a Hershey bar on her laptop, was too lazy to get a new one, and up until her boyfriend surprised her with a new phone recently knowing she’d never change it otherwise, she wrote all of her lyrics on a refurbished iPhone 5. Sasha Sloan describes her style as “Target chic.” Sasha Sloan is trying to speak to “the quiet girls at the party who struggle with what they look like.” Sasha Sloan writes songs you “can listen to late at night when you’re all fucked up and alone -- and maybe feel better.”

Raw honesty quietly cemented her as an unassuming phenom. As the story goes, a viral photo ironically kicked off her career after she started writing songs at just ten-years-old. At 18, her parents decided to paint the house. They took the opportunity to write “dork” under her window with an arrow, which was “super embarrassing.” Still, she posted the pic on reddit, and it exploded.

So, she added her Soundcloud link to the post and landed a publishing deal as a result. Dropping out of Berklee College of Music, she moved to L.A. at 19-years-old. A whirlwind followed. As she primarily penned her own music, she also wrote “Never Be The Same” and “OMG” for Camila Cabello and featured on Kygo’s “This Town” and “Falls” for ODESZA. In 2017, she released the songs off her first EP sad girl independently prior to being signed. “Runaway,” “Normal,” and “Ready Yet” each have surpassed 30 million Spotify streams, while Sasha has averaged over 6 million monthly listeners on the platform. Along the way, she signed to RCA Records and assembled her 2018 EP loser alongside “Ready Yet” collaborator and producer King Henry. Right out of the gate, the second EP garnered acclaim from Billboard, Flaunt, and more, propelled by “The Only,” “Chasing Parties,” and lead single “Older.” The latter has over 150 million streams across all services. In 2019 Sasha made her TV debut performance on Stephen Colbert’s Late Show, went on her first North American and European tours (both selling out), and released her third and final EP Self Portrait featuring “Dancing With Your Ghost” and “Smiling When I Die.” Even as she preps her debut album and prepares for her first Coachella performances in 2020, you’ll feel right at home hanging out with Sasha Sloan.

FacebookTwitterMore InfoYouTubeOfficial Website
*Service and handling fees are added to the price of each ticket.