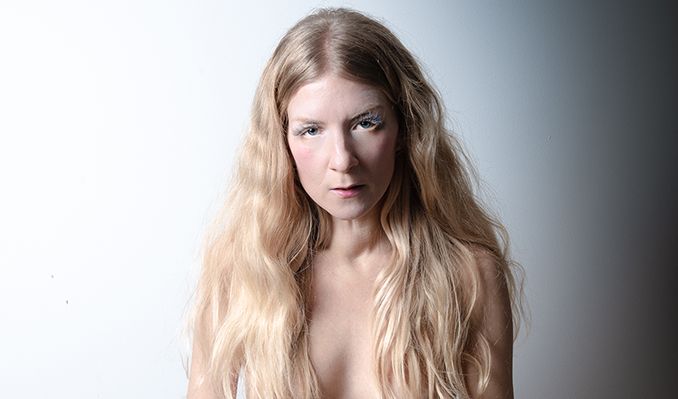 The Swedish independent multimedia artist, songwriter, producer, and director ionnalee brings her giant body of work from iamamiwhoami and her solo releases on a US tour for the 10 year anniversary of her audiovisuals. The tour invites her fans to journey through the chronology of her audiovisual works, that ionnalee describes as ‘made in joint effort with the audience’.

What ionnalee (Jonna Lee) intended to maintain an anonymous YouTube channel in 2010 – with the account name 'iamamiwhoami’ – shortly evolved into a world media frenzy around her identity and releases. From there she went on to create a series of full length audiovisual albums, installations, and films, breaking new ground for what is ten years later commonly known in music as the ‘visual album’. Using her own label ‘To whom it may concern.’ as her mothership, ionnalee gathered a closely connected global following, inviting them to not only be part of her projects, but also to co-fund some of her work. ionnalee has through the process of it all, evolved into an international subcultural maven and powerful performer.

As 2020 marks the 10 year anniversary of ionnalee and iamamiwhoami, the KRONOLOGI TOUR brings the artist’s audiovisual journey to the live stage, following her recent successful and sold out world tour in 2018.

The KRONOLOGI tour kicks off in Chicago on May 7. Supporting is Swedish debutant Tungorna, whom ionnalee signed to her label in 2017.

Official WebsiteFacebookYouTubeTwitterMore Info
*Service and handling fees are added to the price of each ticket.